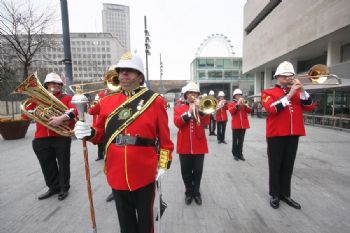 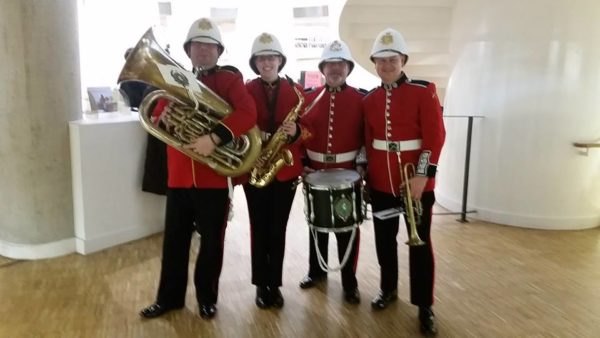 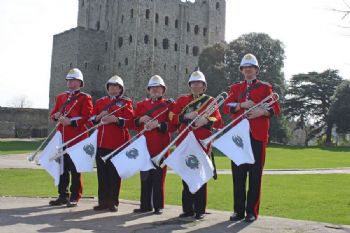 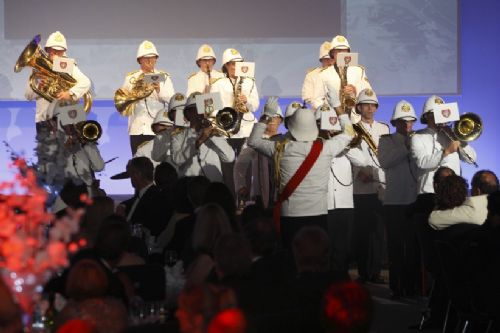 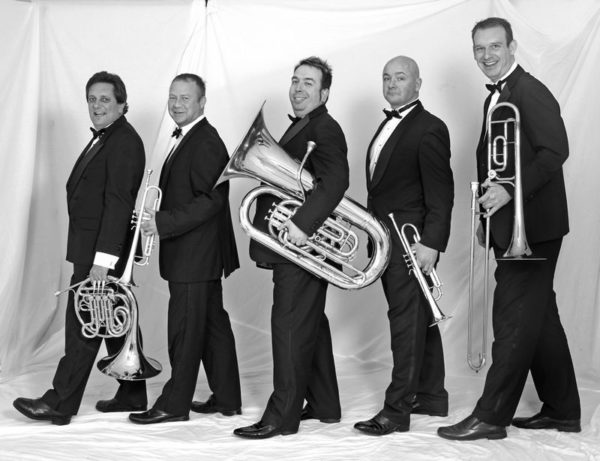 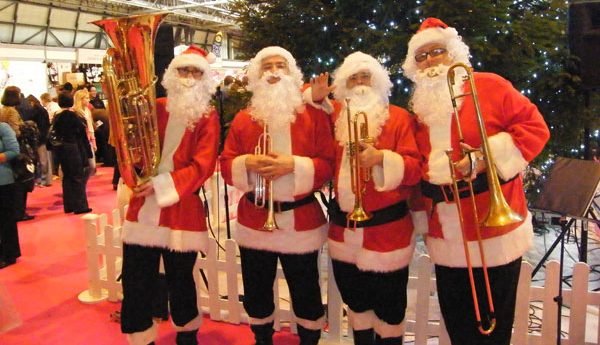 Premier Brass is a superb quintet that caters for all musical styles and tastes. Renaissance, Baroque and Classical pieces, Regimental Military Marches, clever, effective arrangements of a selection of easy-listening popular songs from the charts, old and new – Premier Brass plays it all.

Premier Brass can provide a special fanfare team and a marching band for all occasions. Whether it’s an awards ceremony, a formal banquet or a commercial product launch, these musicians contribute a colourful, spectacular focal point to proceedings, adding a splendid ceremonial touch to any event.

Premier Brass has appeared at many official military occasions throughout the UK, often providing appropriate background music for historically-themed events such as The Battle of Trafalgar Night. With several ex-forces musicians currently in the band’s regular personnel, Premier Brass can justifiably claim to be particularly knowledgeable, experienced and fully understanding of specific military requirements.

Weddings, sumptuous banquets, a corporate awards ceremony or a Mediaeval Street Fayre – these guys take it all in their stride. They can draw on a broad, versatile musical repertoire, as well as an extensive wardrobe of authentic period costumes, to suit each of these varied occasions perfectly. Premier Brass are equally happy to perform either as a static ensemble or as a strolling serenade, both indoors and outside.

Premier Brass showcases colourful and spectacular fanfares, plus top-quality musical entertainment that will grace and enhance any occasion.

Update Required To play the media you will need to either update your browser to a recent version or update your Flash plugin.